In the past months our Castle in Transylvania project has been present at several Castle Days. We filled the halls of the Degenfeld Castle in Cuci with EduCastle games, where the local teacher brought the schoolchildren. We also played in the park of Kemény Castle in Brâncovenești.

The children learned about the costumes of the former castle people, drew words related to the built heritage in the sand, made pictures of the castles out of giant blocks, learned how to play nine-man morris. But most importantly, they spent the afternoon with us, happy, curious and bright-eyed.

Last but not least, in the Urmánczy Castle in Toplița, the PONT web documentary History is Our Story had a screening. 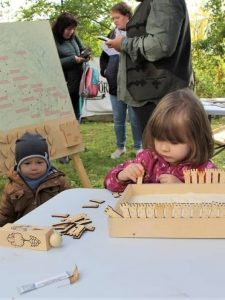 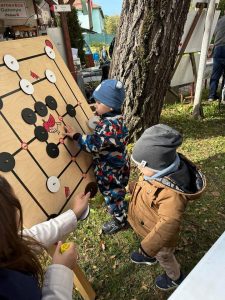 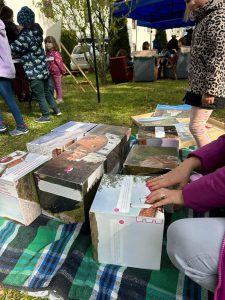