We are launching two youth programs in Sfântu Gheorghe

The PONT Group launched two programs in Sfântu Gheorghe on Monday, in partnership with Sfântu Gheorghe City Hall and Local Council: the Com’ON Youth Participation Program Sfântu Gheorghe and the INNOVATORY program, which addresses highschools and promotes creative methods of solving problems. Both programs are closely linked to the Pupils’ Year proclaimed by the municipality.

“This year, in the series of thematic year projects, we want to declare the year 2019” Year of the pupils / young people “. Through this project, we want to identify those young people, those pupils, those teachers who have good ideas, but so far they have not had the financial possibility to implement these ideas, these projects, “said Mayor Antal Árpád in the press conference presenting the two projects.

Following a series of consultations with students’ representatives, launched in December last year, City Hall leadership identified several problems for young people, one of the largest being that there is no association on whose behalf they submit projects.

“Practically through this project we solve this problem because there will be no need for a legal structure to get funds and to be able to implement these projects that are very important to them. I think it is also very important for the city that these 14-18-year-olds, who were born after 1989, practically have no contact with pre-1989 life, for which the existence of the mobile phone is evidence, and it’s not a novelty, we have to help them spend time together. Not to be at home in front of the laptop, but to make joint projects and grow together with the city, just so that they feel more affiliated and have a closer connection with our city, “said Mayor Antal Árpád.

“If we offer him this chance, Sfântu Gheorghe will look in twenty years as the young people imagine it today. We must all offer the chance for young people to try out their own ideas and actively contribute to the everyday life of any city. The city’s quality of life, or if you wish, the city’s happiness, depends not only on its wealth but also on non-financial aspects such as creativity, spending quality time, and last but not least, the emotional connection with the city. The steps launched today go in this direction, “said Farkas András, Strategic Director of PONT Group. 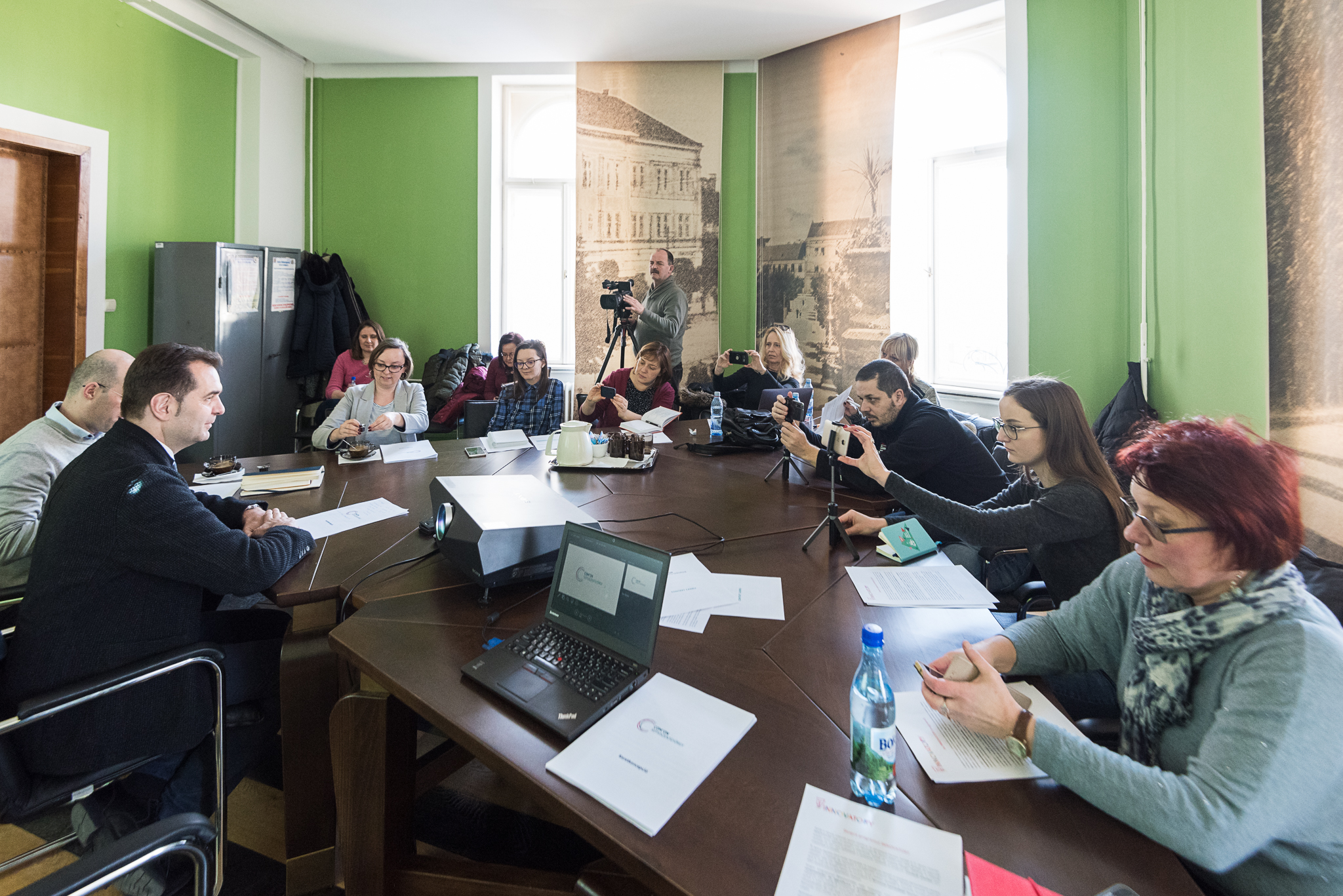 The purpose of Com’ON Sfântu Gheorghe is that young people aged 14-35 who live, learn or work in Sfântu Gheorghe to initiate cultural, social activities, etc., and their initiatives will receive funding under the program. The process is based on the principles of participatory budgeting, which aims to involve citizens in a democratic process of deliberation and decision to determine how to spend (part of) the public budget. In this case, the initiatives proposed by young people and voted by residents receive a fixed amount of funding, which can not exceed 2,500 lei / project.

Com’ON Sfântu Gheorghe also connects organically to the Com’ON Europe platform launched by the PONT Group two years ago with the participation of seven European cities, including Cluj-Napoca. Turin from Italy, Braga and Cascais from Portugal, Maribor from Slovenia, Thessaloniki from Greece and Varna from Bulgaria have undertaken together with Cluj to develop a unitary methodology and accessible to any European city in the field of participatory youth budgeting. Timişoara and Novi Sad also joined this approach.

Young people’s initiatives can be proposed by informal groups of at least 3 members, and we also want to address young people who are not necessarily part of formal youth organizations. Initiatives will take place in public and community spaces and will provide free access without a financial barrier (ticket).

The concept of this first edition is “Sfântu Gheorghe Plus”, and wants to encourage the involvement of young people in the development of the community, giving access to certain topics and priorities relevant to the current urban reality in Sfântu Gheorghe.

• Plus Spaces: means the identification and activation of spaces in Sfântu Gheorghe, as well as the rethinking of existing spaces through which they can obtain another function, even temporary.
• Plus Topics: means to bring to public attention some themes, ideas and initiatives that bring a novelty into the community life in Sfântu Gheorghe, generates a debate and a constructive exchange of opinions. Novelty can be in both the subject itself and the approach used in the implementation.
• Plus Experience : means initiatives that address the maturing process of local community members from an early age by becoming active citizens of the city (especially children and young people).
• Plus Stories: highlighting and spotlighting individual stories that highlight the city’s diversity and multicultural dimension, as well as human interconnection among community members through these stories.
• Plus Relations: Strengthening the relationship between those who left and those who stayed in Sfântu Gheorghe, strengthening the motivation to return home.

Initiatives can be submitted between March 4 and March 31 on the www.comonsepsi.ro platform. The public vote will take place, according to the schedule, between 19 April and 19 May, and winning initiatives will be implemented between June and November.

The purpose of INNOVATORY is to develop a program for the development of competencies to identify problems in society, namely to design and validate solutions to the problems identified among young people in high schools, with the active involvement of community facilitators (educators and trainers). The project aims to develop adolescent soft skills, developing critical thinking among young people and forming a core of trainers capable of facilitating youth work in this creative process.

This program contributes to encouraging interdisciplinary, participatory creation and contributing to social and urban development. Through a youth project, young people’s creativity skills are developed by addressing specific Design Thinking methods, a practical and creative problem-solving method through a human-centered approach.

The main activities of the project take the form of trainers training sessions, meetings and creative sessions with the involvement of high school teams, as well as public presentation of the solutions created by young people in society. A complementary activity of the project focuses on public dissemination of the results. The ultimate goal is not necessarily an implemented solution, but the process itself: creative thinking, problem identification and approach, joint work and verifying the idea.

The pilot edition was held in Cluj-Napoca in 2018 with the participation of 119 pupils from 10 high schools in Cluj.