Flowers at the post office, mural painting at Ghibu High School and WhatsApp for seniors – Com’ON Cluj-Napoca 2019, in figures

From pantomime in public institutions to smart technology courses for the elderly and from film screenings for children to mural painting in a high school building – in November, over 100 young people implemented 37 initiatives for a better city within of the Com’ON Cluj-Napoca participatory process.

87 young people, whose initiatives were voted by the community, collaborated in 19 groups and, along with other volunteer friends, implemented their ideas.

Around 1,800 visitors of all ages participated in the events and campaigns carried out by young people. The initiatives were implemented in 33 spaces in the city – from high schools to parks or cinemas, and some of these spaces were revitalized within Com’ON Cluj- Napoca, such as the HalArt artistic space on Tipografiei Street. 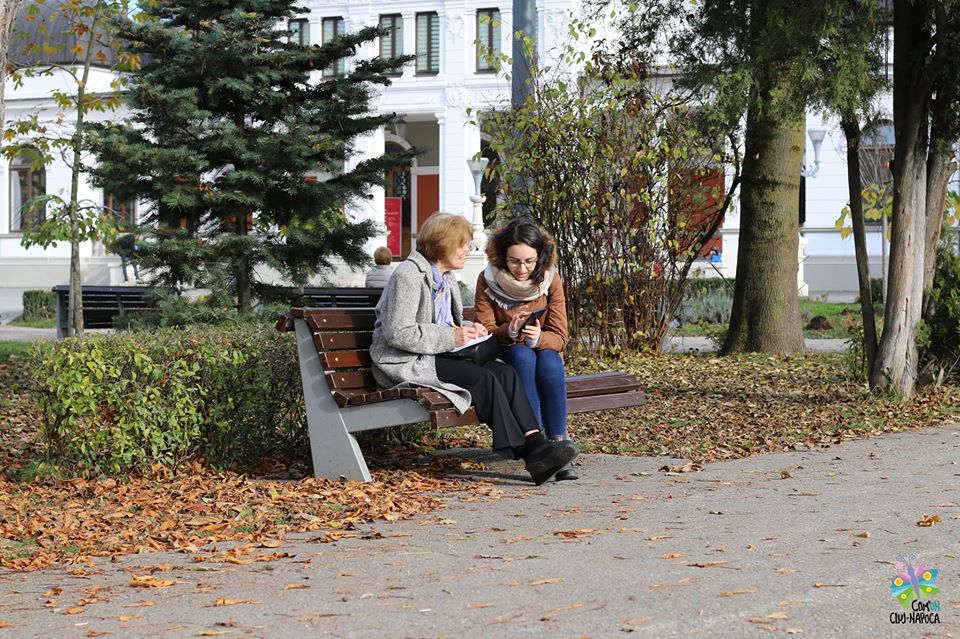 Some of the initiatives have approached senior citizens in a unique way: one of the groups taught pensioners to use applications like WhatsApp or Facebook Messenger, which they need in order to talk to their families. Others actively involved high school students: visual artists created, together with the pupils, an interethnic mural painting inspired by Romanian stories and Hungarian stories in an interactive initiative at the Onisifor Ghibu High School.

Some ideas have been put into practice in or around public institutions: as part of an art therapy action, members of Create.Act.Enjoy have embraced and encouraged visitors and employees in the post office, and have offered a flower to make their day better, which, in some institutions, often puts your nerves to the test.

The 37 winning proposals were chosen following a registration process on the official platform of the participatory process – comoncluj.ro – and online voting by the Cluj community. Over 3,000 individuals cast nearly 10,000 votes for 135 ideas submitted by 127 groups of 500 young people.

Com’ON Cluj-Napoca ’19 is managed by PONT Group, an organization established in 2009 that aims to social innovation through participation, entrepreneurship and culture, with a special focus on young people and digitalisation. The foundations of this participatory process were set in the context of the Cluj-Napoca 2015 European Youth Capital program.

The Com’ON Cluj-Napoca participatory process for youth is funded by the Municipality of Cluj-Napoca.